I AM ONE WITH THE FORCE || Icon Set 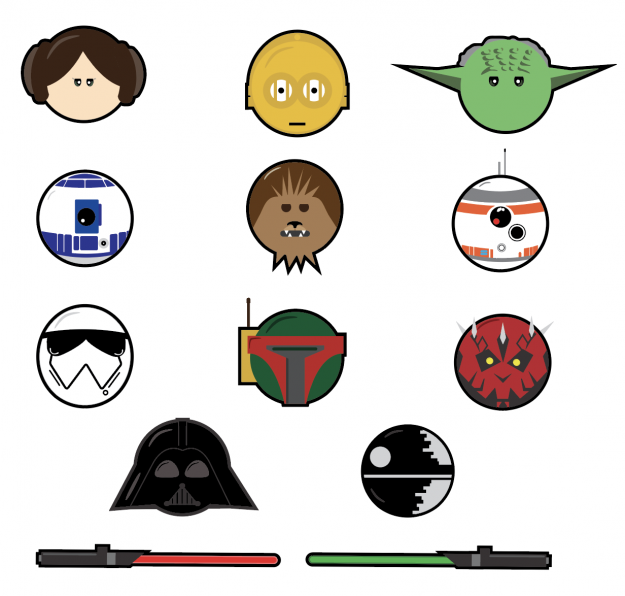 My objective is to create a cohesive icon set that will improve my skills in Adobe Illustrator. Choose iconic people from Star Wars and create them using distinctive qualities.

I have many friends who have taken Comm 350 and I have seen the icon sets they have created and heard about the work that goes into them. I came into this class excited to do this particular project. When I found out it we would be doing it within the first few weeks, I started writing down different ideas as they came to me. I began with a concept that I am super passionate about; creating beautiful things with flowers. It is something I do quite regularly, so I started sketching out my ideas. My sketches were terrible and I was very hesitant about this idea after I looked at them collectively. I told myself that it was normal to feel that way so I went ahead and I created 6 icons that would fit in this set. I liked this idea because it represented a part of me and it was something unique that I had never seen anyone else do. 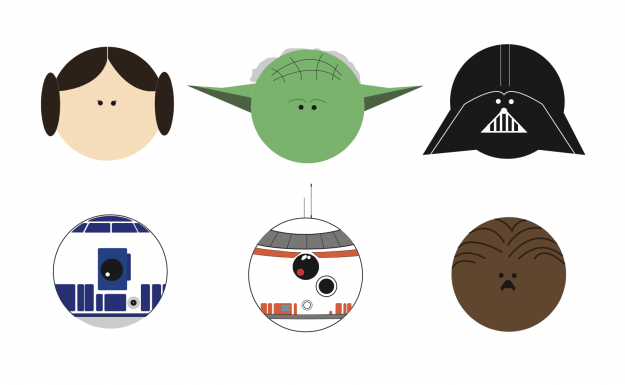 I started by creating the basic knives, wrap paper and ribbon. It was coming along fine and I was satisfied with how they looked for the first draft. Shading was hard for me because I didn’t know where to start or stop the shadow without it looking funny in my mind. The shadows on the knives and ribbon looked decent, but everything else needed help. The last icon I created for this deadline was the flower. I was designing after the look of a Ranunculus. This was the hardest icon and it turned out looking messy. Every little mistake I made was blaringly obvious, but I didn’t have time to create a new one, so I submitted it. 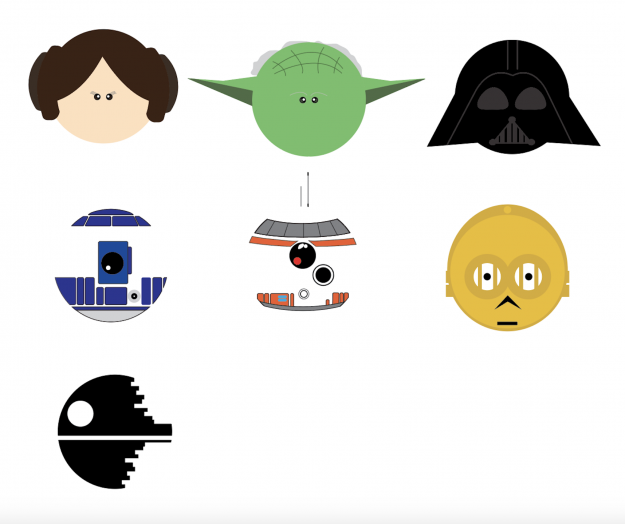 Still not satisfied with my flower arranging kit, I started messing around with another idea I had: Star Wars characters. I love Star Wars, and with the new movie coming out in December, it is on many people’s minds. I was hesitant to follow this idea because I have seen so many Star Wars icon sets and they were all so good! I was worried I would never be able to do anything that could compare with what’s already been done. One night I was sitting around my apartment bored so I started to create Princess Leia and BB8. These were significantly more fun to create than any of the floral kit icons I had tried, and I didn’t mind putting in the time to produce each one. I started with basic shapes that defined each character and wasn’t as focused on the shadows as I was on creating something that resembled the character. 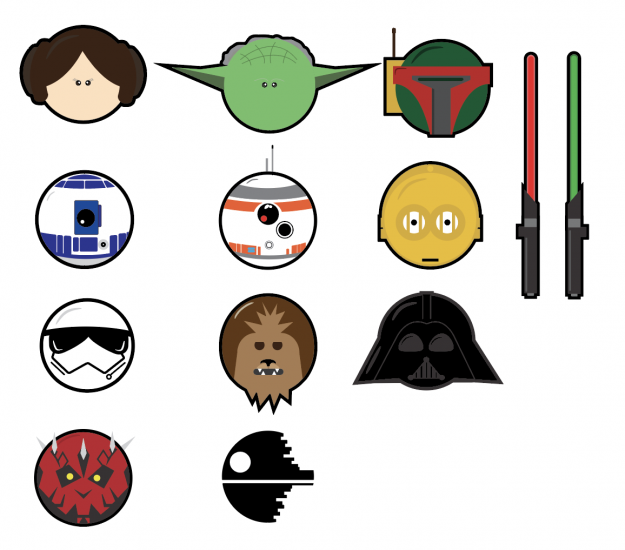 I had chosen to go forward with the Star Wars idea. I received feedback to eliminate all the small black strokes and add shadows to give them more texture. I removed all the black strokes I had around each individual object and that made a significant positive difference. I also adjusted the eyes of each character. I started Darth Vader and Chewbacca from scratch. 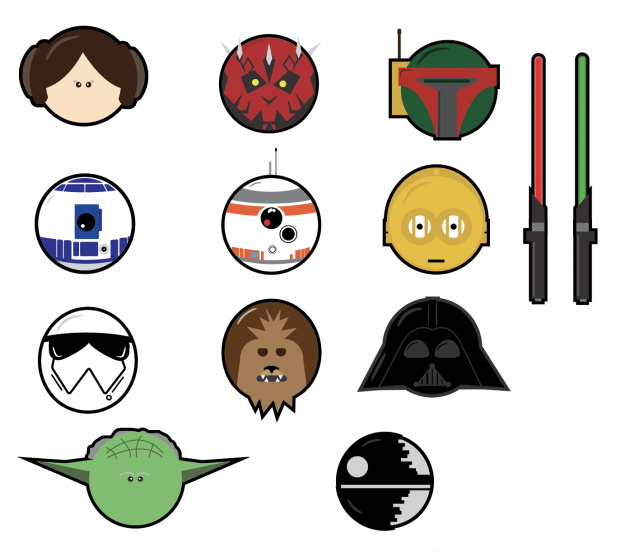 I went to class with all my icons completed to get more feedback. My favorite piece of advice I received was to add a thick black stroke around them instead of the basic circle shape. By simply doing this it unified them as a set and I felt like it really made them look more professional. I am still working to improve them, specifically the Stormtropper, Chewbacca, Darth Vader, and Yoda. I also created a Death Star, but I am not sure I will include it in my final project. Another piece of critique I added was to round the shapes on the drones. It was easy for me to round out BB8, but took me a while to remember that R2D2 is still a dome shape and he needed to be round also. 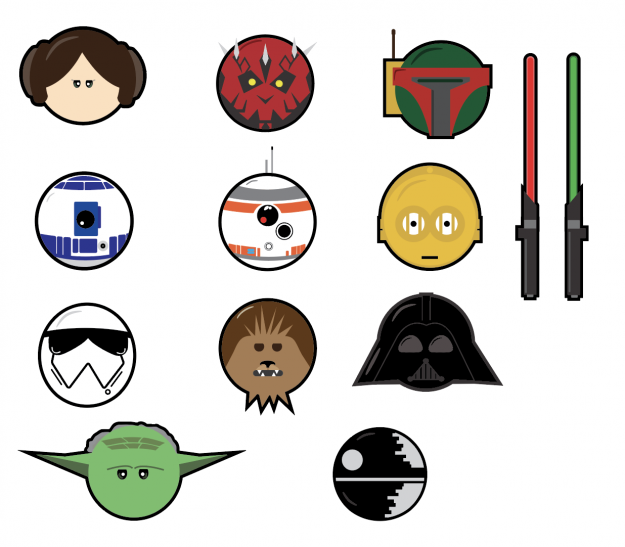 I got final feedback from Brother Kerr and specifically wanted help with Yoda and Chewbacca. He helped me fix the wrinkles on Yoda’s forehead and also give him defined eyebrows. I changed the eyes on Princess Leia and Yoda to fit into the style of characters. I worked on Chewie’s fur on the top of his head and make it come from one starting point instead of looking like a pineapple. I finalized labeling each layer and arranged them to be submitted for the final.

How I achieved my objective

Doing this project really pushed my skills in Adobe Illustrator. I felt like I knew the basics before we started this project but now I know significantly more. I also see things as shapes and see the mechanics on how to put it together. Another little thing this project has taught me is the key strokes in Illustrator. When I first started it was very frustrating because I was learning how to put my vision on the screen but as it went on my work improved and got faster.