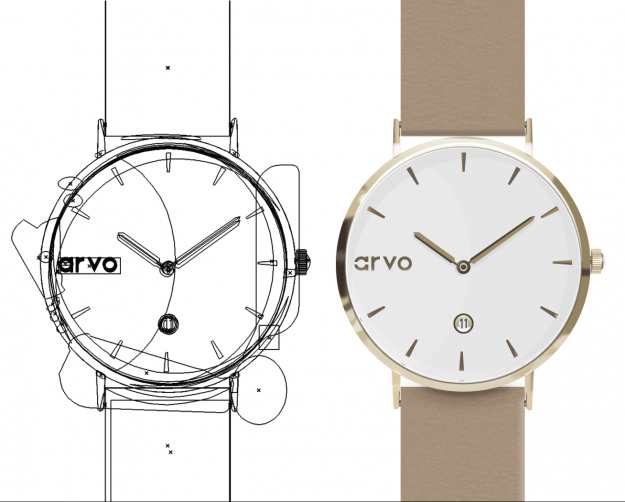 My purpose is to create a realistic looking graphic of a watch from my favorite watch company, Arvo. As I design this watch I will learn how to use gradients, masks, and transparency in Adobe Illustrator, as well as improving my other skills in illustrator.

After I found the picture of the watch I wanted to replicate, I started sketching simple parts of it. I own this particular watch as well, so I was able to look at it and actually feel the different components of it. I was very skeptical of how realistic I could really make this vector graphic when I began and quickly realized that making the shadows and the highlights would be the hardest part. I could see the shadows and highlights and could tell where they needed to go, but trying to sketch them was difficult. It made me worried for how it was going to work in Illustrator.

I started the skeleton for the watch and to my surprise; it was a lot easier than I had anticipated. From using just the basic shapes it started looking like a watch. To try out some new skills I put four gradients on the case of the watch to try and capture some highlights and shadows. 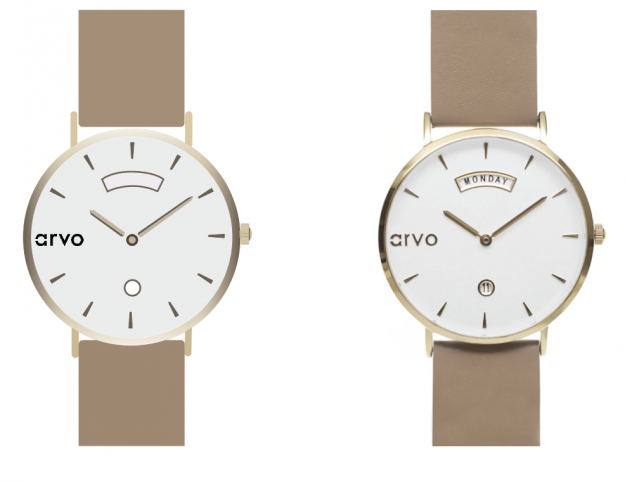 After critique day, I realized how much further I had to go on this project. I listened to the critiques and agreed with them, but didn’t even know how to start implementing them. I found myself getting frustrated because I felt like I didn’t have the skill to make this watch look even the slightest bit realistic. The first thing I did was get rid of my terrible gradients on the watch casing and instead, focused on making shadows on the band. I also worked on the dial and the day of the week on the face. The amount of time I put in to create those two tiny parts of the watch amazed me. When I looked at my design from afar, those parts looked good! That boosted my confidence and made me realize I needed to create this image piece by piece to have it look realistic. 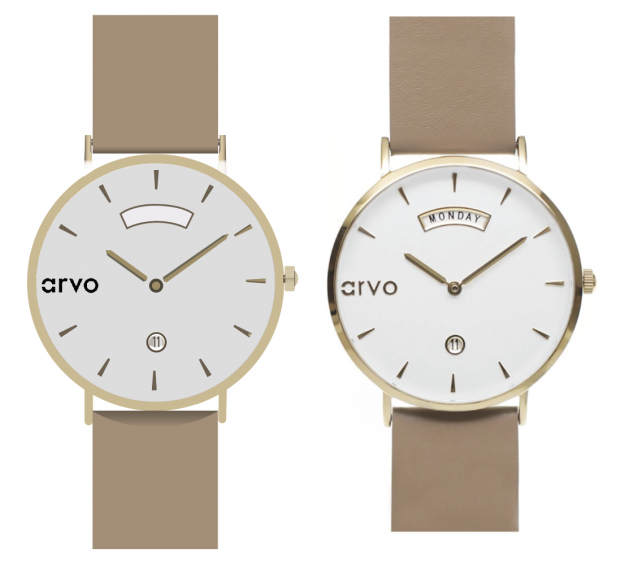 I learned how to make a pattern mask to apply to the band. It was very simple to do and it makes a huge difference in how realistic the band looks. I also made improvements to the shadows on the band. Another thing I focused on was the face and the shadow on the glass. I added many layers to make it seem like there was glass on the top on the face. I used gradients, Gaussian blurs and many different shapes to create the depth and highlights I wanted. 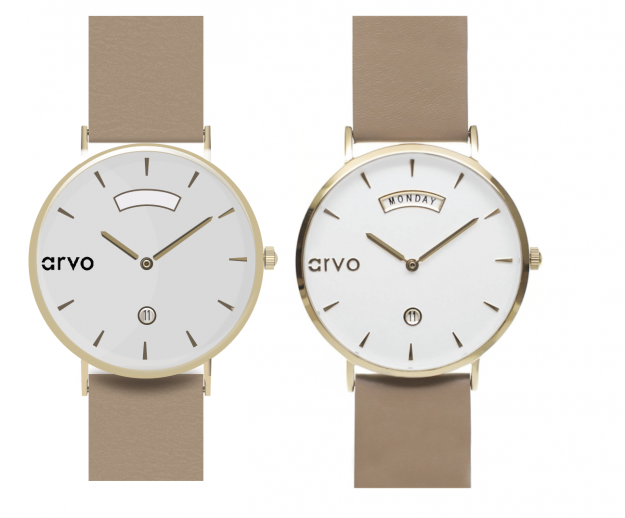 Up till now I basically felt like I was at a standstill on my design. I was so frustrated with the watch before this point. I knew there more that needed to be done, but I felt at a loss of how to get there. I met with Brother Kerr and he helped me change some of my shapes to make it look more natural for the eye. The thing that scared me the most was adding the shades to the band. Brother Kerr demonstrated how to do this and told me to take it slowly and to add different shapes to do different things. With this advice, I bravely started with the shadow and highlights on the case. It took a long time and still needs improvement, but it definitely makes the watch look better and more realistic. The only thing I have left to do is to finish the day of the week wording and add small details to make it look even more realistic. 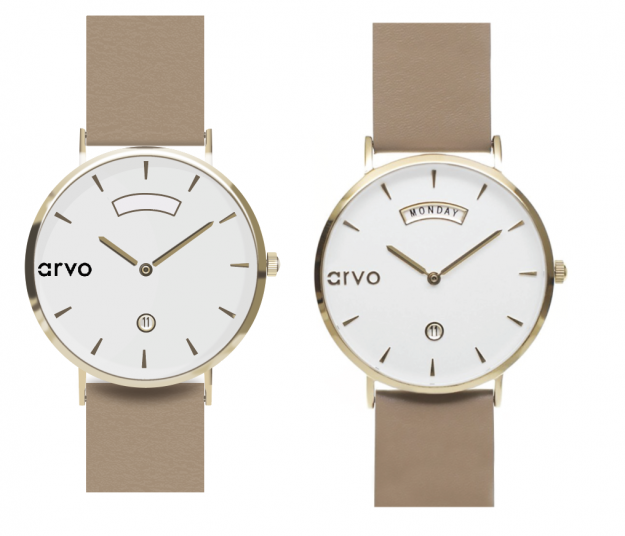 I spent a long time perfecting the shadows on the case and also the shadows on the dial and the hands. Making them have more depth and adding little things to make it look photo realistic. I ditched the day of the week dial and just focused on little details. I met with Brother Kerr one final time and he helped me adjust shadows specifically on the bottom strap and under the word arvo. I am very satisfied with how it turned out but also very sick of staring at this project!

How I achieved my objective

At this moment in time I am very grateful to be done with this project. I had no idea I would put in this many hours into completing this watch. As I started it was much easier than I thought but the days after with shadows, shapes and highlights really stretched me as a designer. I learned so many things from this project and I know that’s why we did it but honestly I feel very proud of what I have done. I know I have much more to learn and that projects like this will come again but I feel better prepared to attempt photo realistic projects again.